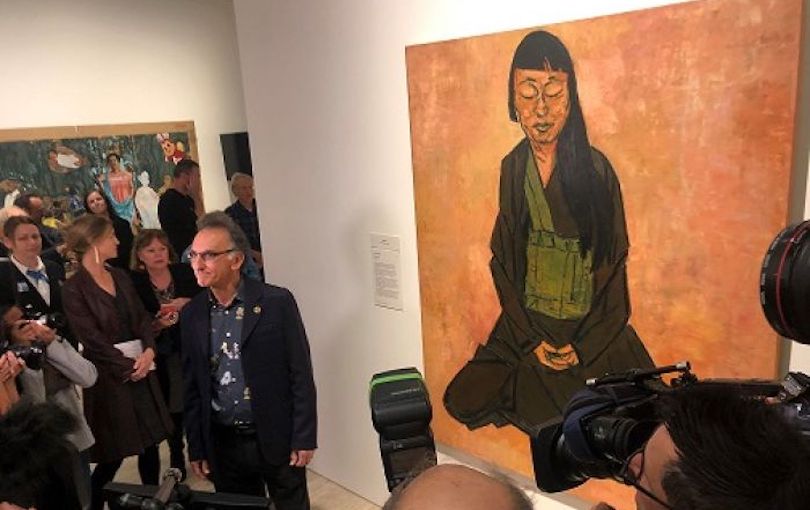 And what makes this painting even more special is that it is the first ever winning Archibald portrait to feature an Asian-Australian subject.

‘I am very aware of all those who have come before me as Archibald Prize winners and I am humbled, to say the least.’

First awarded in 1921, The Archibald Prize is Australia’s oldest and most popular art competition, and the most prestigious.

President of the Art Gallery of NSW board of trustees David Gonski said it wasn’t easy to pick a winner this year.

‘There was a lively and thoughtful debate, but in the end the judges were unanimous in their choices,’ he said.

If you have any thoughts to share on this year’s Archibald Prize-winning portrait, share them in the comments section below.

About The Art Spy

We seek to find art that moves the mind and stirs the soul. Pieces that will transform your home or office with their colour, subject, style … or with just that little something mesmerising you can’t explain. Browse to start or enhance your art collection today.

We're based in Sydney, Australia

Join Us On Social Media

We provide Free Shipping Australia-wide. The price you see at the checkout is the price you pay – no hidden charges!

If you see something you like but it's sold, get in touch and a similar item may be able to be commissioned.

Support staff are always happy to answer your queries at curator@theartspy.com.au